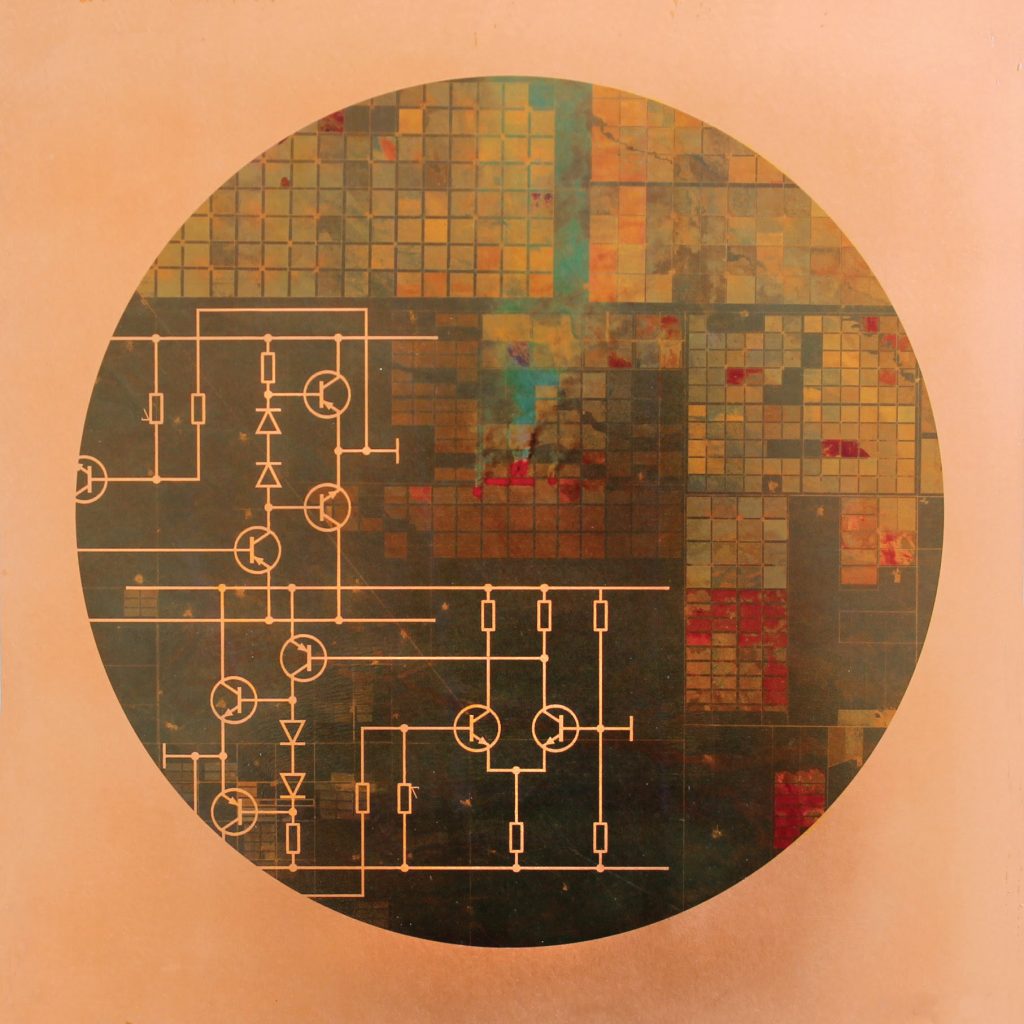 I’d like to thank my friend and this month’s featured artist, Christine Cassano, for her brilliant mind manifesting into portraits of organic circuitry, and for permission for inclusion on Gen Society. To learn more about Christine check out her biography below and visit her links.

With 2019 well underway, I’m marking my calendar for creative deadlines. The first is to complete my end of the year music release, Spiritual Revolution. It will be a full-length acoustic album consisting of a group of songs I’ve been toggling around with for some time now, some being over a decade old. The second project is a poetry book of works included right here in this journal, as well as a handful of other miscellaneous writings. Stay tuned for further updates!

For those artists tuning in this week, what are your deadlines? Feel free to share, would love to chat with you.

Last month, specifically on January 23rd, 2019, we residents collaborated with Artspace in hosting the Grand Opening of the Mesa Artspace Lofts. For those of you unaware of what Artspace is, it’s a nonprofit arts organization specializing in creating, owning, and operating affordable spaces for artists and creative businesses. These spaces include live/work apartments for artists and their families, working artist studios, arts centers, commercial space for arts-friendly businesses, and other projects.

In addition to being an affordable spot to accommodate an artist’s lifestyle, part of the Artspace concept involves community collaboration. I personally participated in one of the factions called Events & Exhibition by volunteering to organize the programming of the events, as well as fulfilling a role as a performer. Within that particular committee, collectively, we’re responsible for hosting and scheduling live entertainment and art gallery openings. The Grand Opening was a culmination of everything we’d been planning and exhibiting prior. Below are a few performance pictures from the live entertainment portion of the event:

I’m a bloodhound ready for execution. My nostrils have been decorated during the winter months while everyone sleeps. They selected me carefully. I was their star candidate positioned to suppress the approaching revolution. And I was the strongest amongst them, a master in manipulation. I knew I wasn’t there for my ability to code or break firewalls or initiate cyber threats. I was there to lead, and I lead some the greatest programming minds, as well as appropriated operations. I made light of why each assignment was necessary to national interest and diplomacy. It was all a wash. I said what I needed to say because that’s what I was there to do. I didn’t believe half of what I belabored, and I doubt the programmers did either, but I made the objectives sound relevant, enough so to forge things ahead uninterrupted. I realized then, sometimes you just chose a role because you’re good at it and because it finds you. Not because it’s really what you believe… that’s to say you believed in something in the first place. All of us there were guilty of that, of being there on someone else’s clock. We were all pawns of a life we never had a say in. We did have a choice not to accept that particular position, but within the collective momentum of why our existence on this planet arrived on the fringe of extinction, we were all lost.

The Boy Scout types were most irritating, and usually whom I reported to. They enjoyed spouting mottos of American doldrums from their oversized office suites that had too much light pouring in. They would say things like, “If not for you, if not for us, for God.” They were content with their own parodies, so much so, they kept it straight when reciting refuse as such. And they believed it to a hair. What did God have anything to do with any of this? God was a novelty to waft over an impressionable herd; a permission pass hypnotizing its viewers to enter and exit any affair uninhibited, without consequence. None of these were religious men. Not one. Having said that, I don’t know if it would’ve made a difference anyhow.

I continually reflect upon my time working for Plexus, and how that led me here. I have these flashbacks that serve no rhyme or reason. They make me question if I played some lasting role in the revolution. I was supposedly suppressing it during my time there, at least that was the surface intent and what we were being told, but as I trek through the wilderness with not another soul in sight, I’ve come to different conclusions. I’m not quite sure which side of the fence I’m on any longer, or if I’ve completely removed myself from the entire equation altogether; I’m not quite sure that’s possible though. I’m just not sure… about any of it.

the star network holds itself
close in category to its other
affiliates. it recites poetry
and discusses what it feels
as it squanders itself from
lifetime to lifetime.

the stars are currently in love,
with constant flashes reminding
themselves of themselves.
we can’t see the strings, but they are
there like rubber bands and
bandits, stealing sound and motion
from one another like mothers teaching
their daughters about the plateaus of life
and the effect silence may have
upon the heart.

the vapid moon watches closely
and waits patiently for the journey of the
star empire to entertain its glory
upon its vast stage.
no stars are lost. some shine more prominently
then others, but this is just the
illusion of time.

the magnificence of life prevails
here, through makeshift pyramids
gridded in the sky
built by gods for families of
insatiable sub-gods
or other homogenous
homology groups that rejoice
by implication of
accidental awareness.

we are all systems,
plasmas of circuitry, iridescent,
communicating in fields
of each other’s masterpiece.

Christine Cassano is a visual artist who exhibits her work locally, nationally and internationally. Recent exhibitions include Los Angeles, CA at Durden and Ray, Gebert Contemporary in Scottsdale, the Phoenix Art Museum and Mesa Contemporary Arts Museum. Christine is a grant recipient of the 2018 Artist Research Grant from the Arizona Commission on the Arts funded in part by the National Endowment for the Arts. In 2016, she was awarded the Contemporary Forum Artist Grant from the Phoenix Art Museum, supported in part by the Nathan Cummings Foundation Endowment and in 2015 was a grant recipient of Phoenix Institute of Contemporary Art resulting in a published artist catalog of her work. Her public art installations and commissioned works are in various collections throughout the US including the University of West Georgia, Marriot Companies and Banner Health Hospital. Christine is represented by Gebert Contemporary Gallery in Scottsdale, Arizona.

What is Gen Society?

In addition to being an art space blog for writing, travel, music and visual art collaborations, Gen Society is an online venue for a one-on-one creative relationship designed to help artists expand their creativity. It is a platform for music lessons, artist mentorships, creativity counseling, and music production. A place to share and create, with the opportunity to give and receive critique. Gen Society is an experience for those looking to grow as an artist and move beyond their own personal limitations and/or those in pursuit of guidance to becoming an artist themselves.

I would love for you to join me in this experience. Please click below to learn more and join Gen Society: